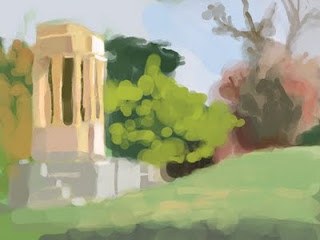 It only seems like yesterday the DSi got released in Australia...in fact it was only April as I scan through my emails. Here I am as part of Nintendo propaganda at the launch 'party'. 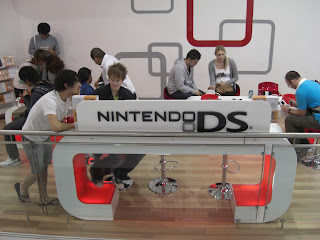 So to celebrate, on a glorious sunny day in Melbourne, I whipped the old friend out and began painting a plein air with Colors! The best thing about Colors! is that it records your paint strokes, so I uploaded it to Youtube. Mind the aristocratic music.