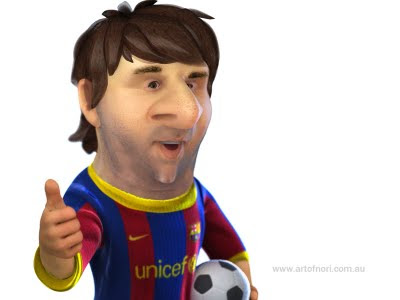 For such a beast in the game of football, Messi has one of the most softest faces, kind, cuddly. Hardly someone to be feared on the pitch. His likeness has endless possibilities though, and this one somehow ended up like a 3D baby version of him...with stubble.

So I originally had his model from an old computer but I reworked him to give him a more gentle appearance. Sculpting was done all in Zbrush. I then placed it into Maya and began playing with shader trees - most notably Mental Ray's fast skin shader, which is amazingly complex when you get into it. Then to layer that over other shaders is rather fun.

I'll post up more turnaround shots soon, or maybe a video if my computer doesn't explode with the amount of passes. 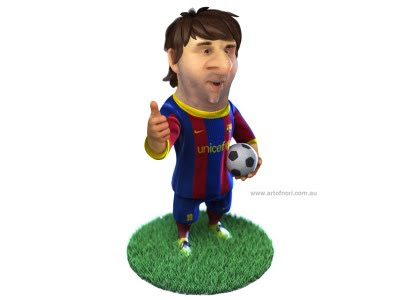