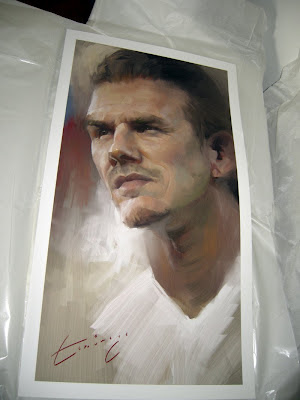 When one of your boyhood heroes rocks into town, there's really no stopping the childish giddiness associated with it. Late last year, David Beckham came into Melbourne in what would be described, a lacklustre game with crowd engagement at an all time zero. That didn't stop me however, from printing a portrait I did of him and holding it up in the crowd like someone would care.

Specifically for digital painting I wanted this roughness and bite to it that's rare in printing. After talking with the printers for awhile we settled on a paper called 'Breathing colour - velvet'. And although in photo form it doesn't show up very well, in reality the texture of the paper really lifts the stroke work. So I would recommend giving it a go. It may not be the cheapest thing to do, but it's certainly rewarding having something tangible to hold. 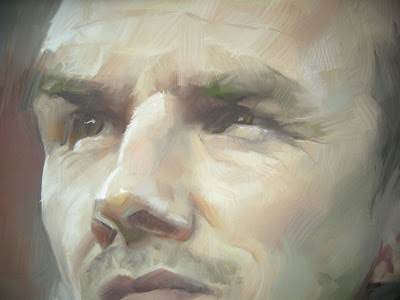 And for reference, here is Becks at the game. If I could just say, everyone writes him off being a superstar and only caring about his image - but on the field, my eyes fixated on him - I thought he had brilliant presence and sense that he actually cared about the team. Not to mention that he still has those skills. 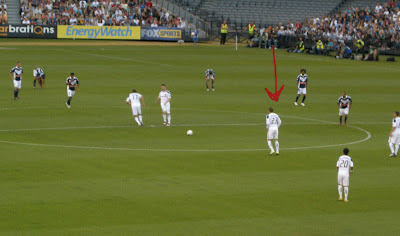